The Game | The Story | Downloads | The Comic

Demon Hunters: A Comedy of Terrors is a roleplaying game that blends comedy and action-horror in a modern day world where agents of a mysterious Brotherhood confront supernatural threats from folklore and myth with their own extraordinary talents.

The game uses standard polyhedral dice and a variation of the popular Fate Accelerated and Fate Core game rules. Players can get set up quickly and GMs can make use of story-generating charts and tables to create scenarios both scary and side-splittingly funny.

Demon Hunters: A Comedy of Terrors is written and designed by multiple award winning game designers Cam Banks and Amanda Valentine, with original material by independent film creators Don Early and Jimmy McMichael, and writing by Nathan Rockwood. Published by Dead Gentlemen Productions, creators of The Gamers and The Gamers: Dorkness Rising.

The book contains dozens and dozens of scenario-generating tables, lists, and suggestions. Creating new adventures for the Demon Hunters to tackle is fun, easy, and as simple as rolling a few dice. Options included make one-shots a piece of cake, while allowing for long-term episodic campaign play. The Dead Gentlemen bring their filmmaking experience to the game table. Treat each game like a scene or act in a movie or a TV show.

Funded by a successful Kickstarter in 2014 and playtested and developed by a legion of gamer fans. Ready for prime time and released under the Open Game License as an additional love letter to the gamer audience. 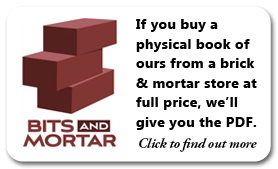 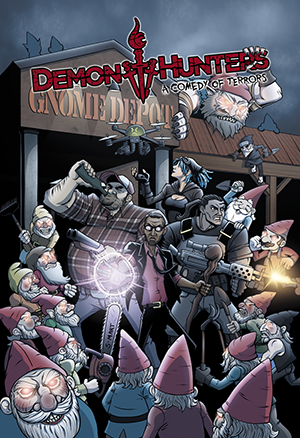 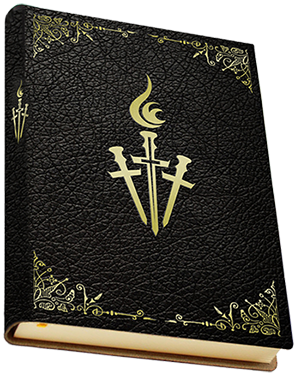